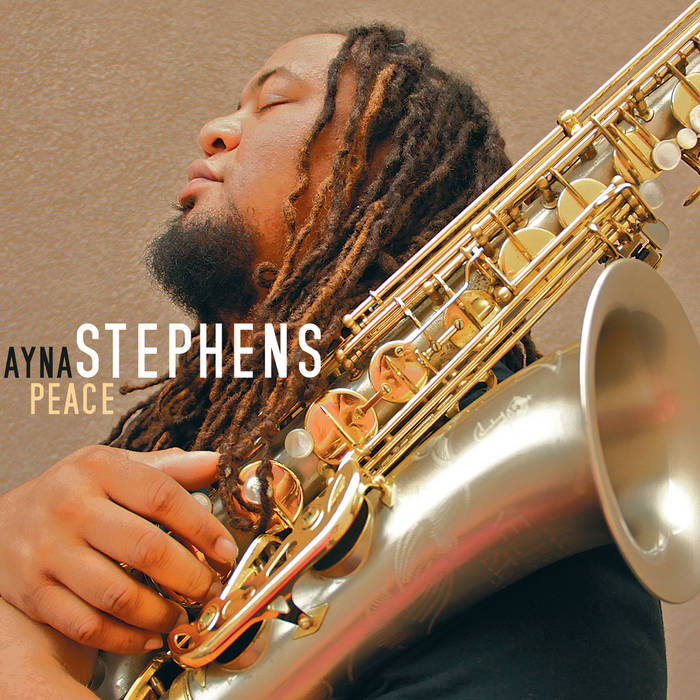 Dr. Beaf Danya's tone is ridiculously warm and textured. Immediately I could hear something familiar, maybe because he too plays the Keilwerth, or is it the exceptionally heart felt jazz tracks being covered? Either way it's an emotional slow paced collection of tunes the exudes sophistication and relaxation. Great music to prepare a roast with.

There are a couple of classic accepted views of a true jazz musician. One can either be the far out hipster with ideas spewing from the horn in a torrent, one more quickly than another, or there is the laconic, dark shade wearing outsider who remains disenchanted and plays in a subdued cool mood. Truth be told, the real heavyweights are those who have a bit of both: the bite and the breeze, the ballistics and the ballads.

Saxophonist Dayna Stephens fits this description beautifully. He has developed into one of the most important saxophone stylists playing today. Stephens’s lush tone on tenor, soprano, and baritone saxophones has led to his involvement with musicians of legendary status and those of the scene nouveau, from Al Foster and Kenny Barron to Taylor Eigsti and Ambrose Akinmusire.

For his new recording, Peace, Stephens focuses on interpreting intimate and heartfelt compositions that harken to the major ballad players, like Lester Young, Ben Webster and Dexter Gordon. But Stephens’s inspirations go a step further. The ballad singing of vocalist Luther Vandross has always haunted the saxophonist and influenced his sound on ballads (especially on the horn that most closely parallels Stephens’s own voice, the baritone), not to mention the undeniable inspiration garnered from balladeers Frank Sinatra and Tony Bennett.

Stephens is fortunate to feature another one of his influences on Peace, the fantastic pianist Brad Mehldau. Having been knocked out by the pianist nearly twenty years earlier based on his exceptional musicality, Stephens met Mehldau at a performance in New York’s Smalls Jazz Club, where Mehldau remarked on how much he enjoyed Stephens’s baritone playing. It felt right asking Mehldau to be a part of this project, as his ballad playing is especially remarkable.

The idea to create a recording highlighting Stephens’s ballad and baritone sax playing had been formed quite a while ago, by Stephens and producer Matt Pierson. Pierson’s influence was instrumental in helping to shape the album and smooth the recording process, evolving their concept into this balanced recording of soulful pieces featuring Stephens on tenor, soprano, and baritone. Together Stephens and Pierson selected tunes and personnel, developing a program of varied yet attractive pieces expertly played and fantastically recorded in the inspiring environs of The Clubhouse recording studio in Rhinebeck, New York.

The musicians selected to fill out the ensemble are the leading lights on their respective instruments. Wunderkind guitarist Julian Lage has been an inspiration and beloved collaborator of Stephens since the guitarist was an awe-inspiring teenager. Mehldau introduced Stephens to bassist Larry Grenadier, whose rock solid, supportive pulse and warm, woody sound were already well respected by Stephens. Drummer Eric Harland has been an important collaborator with Stephens since the saxophonist’s first recording and continues to astound with his organic approach with space and textures, performing with Mehldau for his first time.

The recording begins with its title tune, Horace Silver’s “Peace,” a straightforward composition with attractive harmonic movement that highlights the ensemble’s immediate chemistry and serves as a timely tribute to the recently deceased legend. The Cory and Cross chestnut “I Left My Heart in San Francisco” has deep sentimental meanings for the Bay area bred Stephens, who channels his inner Tony Bennett with his full yet mellow baritone voice. Having fallen in love with the tune for a second time during a tour of Brazil, Stephens’s take on Jobim’s “Zingaro” is nuanced and effective, especially in the blend between guitar and piano. The vocal influence of Frank Sinatra is evident on Distel and Reardon’s “The Good Life,” which is stripped down to a moving trio with Lage and Grenadier.

Though Dave Brubeck’s “The Duke” feels leisurely, the dynamic interplay between the ensemble members keeps a spark in this longtime favorite. Two Ennio Morricone compositions follow: first the melancholy “Brothers” from the film The Mission, lovingly played on soprano, followed by an atmospheric “Deborah’s Theme” from Once Upon a Time in America on tenor. Another composition featured in a film, Piazzolla’s “Oblivion” (from Italian director Marco Bellocchio’s take on Henry IV) is a loose take on the tango with a special solo turn from the highly gifted Lage and Stephens on soprano.

One of Stephens’s favorite tracks from the session, the respected tenor vehicle “Body & Soul” is adapted to baritone, once again mirroring the deep, resonant Sinatra inflection on the big horn, deepened only by Grenadier’s deft bass playing in duo. Mancini’s “Two for the Road,” itself from a movie of the same name, is a true serenade on tenor and includes some intriguing musical choices from all. Hudson, Mills and DeLange’s “Moonglow” closes the program in a dancing duet between the low voices of baritone and bass, just as Stephens had learned it playing on the streets of San Francisco as a teenager.

Dayna Stephens’s Peace is a recording that has just the right balance of talent, taste and patience. The compositions are perfectly suited for the musicians to really get to the heart of their meanings. The musicians are evocative and daring, yet bring an enormous amount of restraint to their playing, showing maturity that only decades of serious ballad play can garner.

Bandcamp Daily  your guide to the world of Bandcamp